At Soul Search Records, we believe that everyone has the potential to be a great musician. To achieve your potential, we have gathered some of the best instructors in the area to teach, inspire, and help you to play like a pro. Our instructors are active musicians who have dedicated their lives to music. They can teach any age at any level or ability. Whether you are just starting out or getting ready for your next tour, Soul Search Records is the place for all your needs! 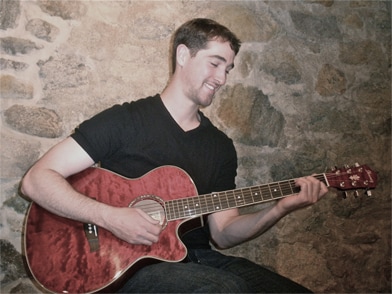 CEO & Founder
​​​Teaches: DJing
Beyond being the CEO of Soul Search Records, Brian Caine is an accredited writer, producer, and DJ that has been actively working in the music industry for over 15 years. Brian was accepted into Berklee College of Music, where he was an honors graduate with a dual degree in Music Production/Engineering and Music Business Management.

After graduating, Brian immediately started using his degrees by working with major companies such as MTV and the School of Rock doing production assistant work. He also worked with and wrote for several artists that hit BIllboards top 100 charts. Even while working with these top companies and artists, Brian realized he wanted to approach, teach, and connect people with music in a very different way. This is when Soul Search Records was founded.

From that small thought, Brian created, branded, and grew a company that does everything from music lessons, recording, music therapy, podcasting, and even full production musicals. Brian believes that as long as you have the right teacher and are persistent as a student you can learn anything, which is the key to success. 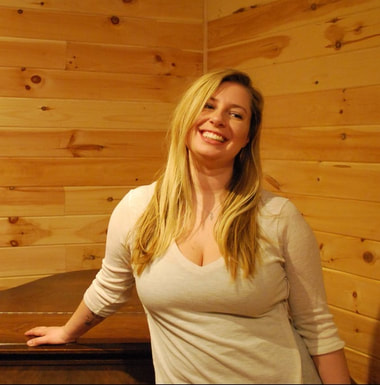 Director of Operations and Music Education
Teaches: Voice, Piano, Violin, and Ukulele
A New Jersey native, Lindsay started off her music career at the age of 3 years old dancing ballet. At the age of 7, she picked up her first instrument, the violin, and dove head first into the world of music.  In middle school, she started to actively pursue her passion for singing, while maintaining her passion for the violin and dancing. She would perform with her school orchestra, sing and performing with her choir, and act/sing in local musicals. By high school, Lindsay started to actively play guitar and write her own music that she would  perform at local NJ/NYC venues, perform Off Broadway shows in New York City, and also became an active volunteer teaching music and dance with The Matheny School.

In college, Lindsay majored in Vocal Performance which paved a path to becoming a professional vocal coach. In 2010, Lindsay became a teacher at The Piano workshop of Chester, which officially began her teaching career and musical enrichment classes across Morris County schools. From that point on, Lindsay has been dedicated to teaching music and musical technique to anyone that has the passion to learn.

As a teacher, Lindsay believes in a personalized curriculum for every student because everyone learns differently. She believes that no matter what pace a student takes, they should always be making positive progress. 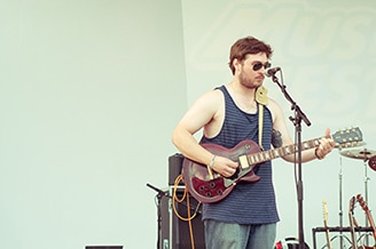 Teaches: Guitar and Ukulele
Dan found a love for music at a young age from growing up in a household of musicians with varying styles and tastes. This early exposure to music, helped shape his versatility and creativity which led to his interest in guitar. At the age of 13, Dan started taking private guitar lessons that he continued until he was accepted into Berklee College of Music in Boston, MA. At Berklee he studied and majored in Professional Music where he graduated with a Bachelor of Music degree.

After College, Dan moved to New York City wanting to throw himself into the music scene head first. This drive helped pave the path to play shows with artists such as Big Sean, Nick Jonas, Flo Rida, Kelly Clarkson, Ariana Grande, JLo, Jason Derulo, The Weekend, Carly Rae Jepsen, and many more. Aside from his live work, Dan is actively working in the studio with multiple artists such as Wale and Matt Nathanson.

While Dan thinks it is extremely important to have a knowledge of position and technique, he also believes that a student should have a connection to their instrument and the music that they choose to learn/play. He says “the bond can always grow, but I feel that the initial draw to a specific instrument is what creates the passion.” He also believes it is important to figure out the kind of music each student loves, so together, they can carve a path that will help the student thrive in their music journey.  ​ 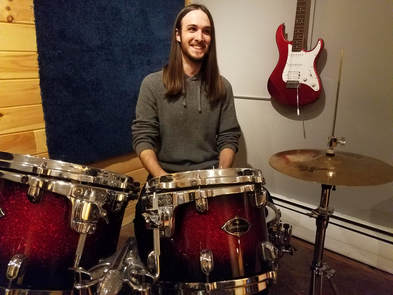 Teaches: Drums
Andrew sat behind a drum kit for the first time in 2001. It was at his first lesson that he learned right away that there were few things as fun as playing the drums. Six years later he was given the opportunity to be a drum instructor and he has not stopped since. He has performed with a number of bands, primarily focused on Progressive Rock/Metal and has experience with corps drumming, but his primary passion in music is teaching. Andrew has worked with all ages, and experience levels and is always working to evolve his methods for each individual. 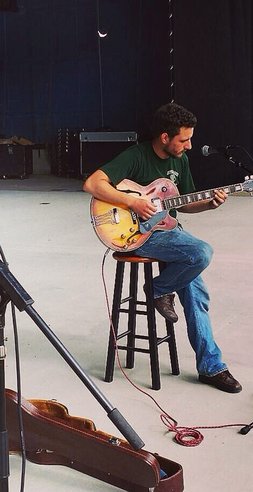 Teaches: Piano and guitar
Sean Fulloon began studying music at the age of 8 when he started taking piano lessons with his grandfather. He soon after settled on guitar as his primary instrument, and would eventually go on to study classical guitar at County College of Morris, receiving his Associates degree in music performance before finishing his Bachelors degree at Montclair State University in the jazz studies program. For the last nine years, he has been teaching piano and guitar, as well as performing across the New Jersey and New York area. He teaches, listens to, and performs everything from rock to jazz to pop to classical, and he has experience teaching students of all ages and skill levels.

Teaches: Guitar, Bass, Ukulele, Rock Band Director
Matt Migliorino has 8 years of experience as a music instructor and over a decade as a performer. He graduated from the Music Production & Engineering program at Berklee College of Music with honors. Matt has studied and played many different styles of music. From his experience repairing and maintaining his guitars, Matt learned about instrument construction and began building his own guitars. In addition to playing music, Matt is also an audio engineer for ArtsQuest, where he operates front-of-house and monitors for concerts. Matt is passionate about sharing his experience and musical understanding with his students to help them grow as musicians.

Teaches: Guitar, Bass, Beginner Drums
Josh Lustig has an extensive background in music performance and education. He started his classical training with piano and guitar lessons as a child that progressed into performances over the span of his early adult life. He participated in the Parsippany High School drumline and successfully auditioned for drumline captain his senior year. Additionally, he’s been attending William Paterson University to pursue his bachelor’s degree in sound engineering. Over the last eight years and currently, Josh plays guitar in his band A Boy Named John. He’s toured across the U.S. and recorded two records with his group.  He’s excited to share his knowledge of performance and education to his students. ​ 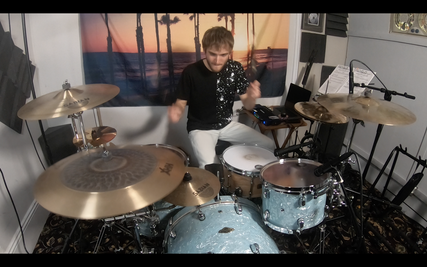 Teaches: Drums
Ryan Grasso began taking drum lessons at the age of five years old. At the start of elementary school, he maintained the lead role as a drum soloist while also performing in school talent shows. Throughout middle and high school, Ryan played with his schools’ Wind Symphony and Jazz Band. Outside of school, he formed his own bands writing and performing original songs. By Ryan’s Senior year of high school, he was awarded the Louis Armstrong Jazz Award, for his superior musicianship and individual creativity. In 2016, Ryan graduated from York College of Pennsylvania with a degree in Music Industry and Recording Technology, while also being awarded a certificate of outstanding achievement.

Since graduating college, Ryan has continued his musical success by recording a full length album and EP with his band Tura Lura. On top of playing drums on the albums, he contributed in mixing, mastering, and producing. For the past two years, Ryan has been a drum director at Whippany Park High School for the drum line that he was a member of when he attended Whippany Park.

As a teacher Ryan believes that while it is important for each student to find their own style, technique and coordination are an extremely important foundation that is necessary for every drummer. While every student will find their own style, he believes that versatility of playing styles is important in shaping a successful drummer. Ryan is excited to share his ambitions and experiences with his students to help them develop a solid foundation to become a confident and successful musician.
If you would like to visit our state-of-the-art facilities and meet with the instructors, give us a call at
(973) 588-5557.
Home   Why Us   Services   Teachers   Pricing   Events   Performances   Registration
Serving students from Chatham, Cedar Grove, East Hanover, Fairfield, Livingston, Montclair, Montville, Morristown,
Parsippany, Paterson, Randolph, Short Hills, Sparta, Verona, Wayne, West Caldwell, West Orange & more
Privacy Policy